A Time of Departing 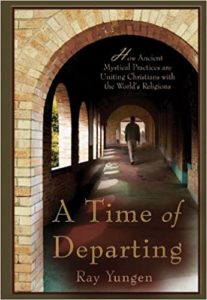 Description of author:   Ray Yungen is an author, speaker, and research analyst.

Comments:  Yungen explains how New Age mysticism is creeping into the church through Contemplative Spirituality.  These false teachers are pointing Christians back to Catholic mystics of the Middle Ages who practiced forms of meditation akin to the techniques of Buddhist monks.    Yungen especially warns of the influence of Thomas Merton (1915-1968), a Catholic / Buddhist monk whose writings are influential in Contemplative circles.  He documents how the meditation techniques being promoted by the Contemplative Spirituality leaders are identical to that of Eastern religions and New Age mystics.  New Age meditation is the emptying of the mind through the use of mantras (a word or phrase repeated many times over) in order to reach a state called the silence where all thought ceases.  This method, which is promoted by Contemplative leaders, is how New Age channelers meet their spirit guides (demons).  The leaders of the Contemplative movement include Richard Foster, Brennan Manning, and Dallas Willard.  This mystical emphasis is also an integral part of the emergent church movement.  Yungen demonstrates that many mainstream evangelical pastors are openly supporting this occult mysticism, including Rick Warren (p. 142ff), David Jeremiah (p. 184-90), and Charles Swindoll (p. 190-2).  This is an important book in light of the changes that are rapidly taking place in our churches.