Charity and Its Fruits 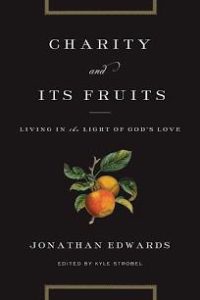 Comments:  This is a collection of 16 sermons on 1 Corinthians 13 (often referred to as the ‘love chapter’).  The first chapter, ‘Charity, or Love, the Sum of All Virtue’, serves as a statement of the basic theme of the whole exposition.  He writes on p. 3, All the virtue that is saving, and that distinguishes true Christians from others, is summed up in Christian love.  In each chapter (or sermon) he expounds a specific aspect of Biblical love as described by the Apostle Paul.  As one would expect from the pen of Edwards, deep insights and profound thoughts are found throughout this exposition.

In chapter 15 of the book, looking at verse 8 (Charity never faileth: but whether there be prophecies, they shall fail; whether there be tongues, they shall cease; whether there be knowledge, it shall vanish away),  he cogently explains the Biblical understanding of the cessation of the extraordinary gifts of the Spirit.  In regard to this he writes, So the first hundred years of the Christian era, or the first century, was the era of miracles.  But soon after that the canon of Scripture, being completed when the apostle John had written the book of Revelation, which he wrote not long before his death, these miraculous gifts were no longer continued in the church.  For there was now completed an established, written revelation of the mind and will of God, wherein God had fully recorded a standing and all-sufficient rule for His church in all ages (p. 275).  In light of this, he gives a warning that especially needs to be heard today:  The doctrine should make persons exceedingly cautious how they give heed to anything that may look like a new revelation, or that may claim to be any extraordinary gift of the Spirit.  Sometimes a person may have an impression in his mind as to something that he thinks has immediately been revealed to him that has to come to pass concerning himself or some of his relatives or friends; or as to something that is to come to pass that before was hidden from him,and if it had not been revealed would remain still a secret.  Or perhaps he thinks that it has been revealed to him what the spritual  state of some other person is, or of his own soul, in some other way than by the Scriptural marks and evidences of grace in the heart.  Sometimes persons imagine that they have an immediate direction from heaven to go and do this, that, or the other thing by impressions immediately made on their minds, or in some other way than by learning from Scripture or reason that it is their duty.  Sometimes they fancy that God immediately reveals to them by a dream what the future shall be.  But all these things, if they were from God’s Spirit, would be of the nature of those extraordinary gifts of the Spirit that the apostle says do cease and are done away, and which, having long since failed, there is no reason to suppose that God will restore again.  And if they are not from God’s Spirit, they are but gross delusions (p. 282-283).

The final chapter concerns the nature of the love we will know in heaven.  He closes this final chapter with directions on how to seek heaven (p. 323-326).  He gives five exhortations in this regard: (1)  Do not let your heart go after the things of this world as your chief good; (2) In your meditations and holy exercises, you must be much engaged in conversing with heavenly persons, objects and enjoyments; (3) Be content to pass through all difficulties on the way to heaven; (4) In all your ways let your eye be fixed on Jesus, who has gone to heaven as your Forerunner; and (5) See that you live a life of love:  love for God and love for men.  I highly recommend this volume.