Churchill and the Jews 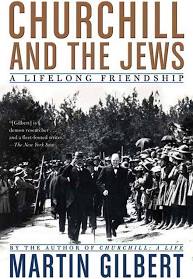 Description of author:  Sir Martin Gilbert is the official biographer of Winston Churchill.  Best known for  his eight volume biography of Churchill, he has also written extensively regarding the Jews, and both World Wars.

Comments:  My interest in the Jewish people has greatly increased as I have been studying eschatology in the Old Testament over the past year.  They are still God’s chosen people, even in their unbelief.  Paul has made this abundantly clear in Romans 11:25-29.  This secular work of history is a profoundly interesting account of the relationship between Winston Churchill (1874-1965) and the Zionist movement that culminated in the establishment of the nation of Israel in 1948.  He details Churchill’s relationship with Zionism from the beginning of his political career, through the Balfour Declaration (1917), the British Mandate (1922) received from the League of Nations, through World War II and the founding of the nation of Israel (1948), and finally into the early years of  Israel’s survival.  He also gives an account of Churchill’s longstanding relationship with Chaim Weizmann (1874-1952), who eventually became the first president of the nation of Israel.  This book is must reading for anyone interested in Zionism.  It also paints a very interesting picture of Churchill and the immeasurable effect he had on Europe and the world in the first half of the 20th century.