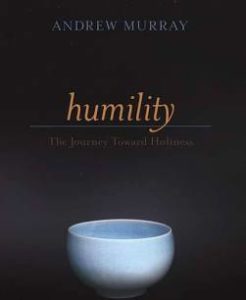 Description of author:  Andrew Murray (1828-1917) is one of the most widely read devotional writers from the 19th century.  Born in South Africa, he was very influential in the holiness movement and the Keswick movement. Over the years I have read several books by Andrew Murray including The Prayer Life, The Believer’s Absolute Surrender, and The Power of the Blood of Jesus.  In general, I have benefited greatly from these books, but I must be quick to add that his writings must be read with discernment.  He was clearly influenced by mystical writers (e.g. William Law) and followed the ‘higher life’ model of sanctification.  His emphasis was on absolute surrender of the believer to God.  He taught that if a believer reaches the point of absolute surrender, the Holy Spirit will naturally produce the fruit of the Spirit in the believer.  Of course, this is true.  But the unbalanced, over-emphasis of this truth in the ‘higher life’ movement lead to (1) a kind of passive Christian life where active obedience to the commands of God seemed to be forgotten, and (2) a kind of seeking and waiting for a mystical experience – that once for all moment of surrender that would take you into the ‘higher life’ or the victorious life.  The Christian life is not quite that simple, though this principle of conscious surrender and submission to God’s will in every respect is one of the most fundamental principles in Christian living.

Comments:  Andrew Murray here reminds us of the absolute centrality of humility in Christian living.  He defines humility as the displacement of self by the enthronement of God.  Where God is all, self is nothing (p. 47).  Out of humility flows all the other virtues:  Humility, the place of entire dependence on God, is, from the very nature of things, the first duty and the highest virtue of the creature, and the root of every virtue (p. 2).  The book is divided into 12 short chapters, each one dealing with an aspect of humility.  He begins by pointing out that humility is first and foremost our duty as creatures, not merely something due because we are sinners:  As truly as God by His power once created, so truly by that same power must God every moment maintain.  The creature has only to look back to the origin and first beginning of existence and acknowledge that it there owes everything to God.  Its chief care, its highest virtue, and its only happiness, now and through all eternity, are to present itself an empty vessel in which God can dwell and manifest His power and goodness (p. 2).  He observes that humility is the root of redemption (chapter 2), that it was the very essence of Christ’s life here on earth (chapter 3), and at the heart of his teaching (chapter 4), and of the change that took place in his disciples at Pentecost (chapter 5).  Chapters 6-12 deal with humility in the Christian life.  He emphasizes that true humility will always express itself in the daily life:  Humility towards men will be the only sufficient proof that our humility before God is real, that humility has taken up its abode in us and become our very nature, and that we actually, like Christ, have made ourselves of no reputation (p. 33).  This book is profound in its simplicity and its implications.  O how we need true humility in our churches! O how we ought to seek it in the prayer closet, in our conversations, in our thoughts and in our actions!  I highly recommend this book to all Christians, but especially to those who find themselves in positions of leadership.