The Charismatic Challenge: A Biblical Investigation 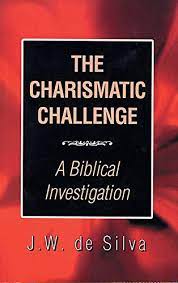 Description of author:  John de Silva is a preacher in Victoria, Australia

Comments:  Several years ago, while teaching a Bible study in California, I did an inductive study on the gift of tongues.  I was expecting to run into all kinds of difficult problems of interpretation, given all the controversy around this issue.  Pleasantly surprised, I discovered the topic was rather simple.  I began by asking the question why the gift of tongues?  What I found was that there is one purpose statement in Scripture for tongues (1 Cor. 14:21-22), namely as a sign to unbelieving Jews.  This gift is easily understood in light of its Old Testament context and its use in Acts.  In essence this is the approach de Silva takes in this book – it is an inductive Bible study regarding Charismatic issues.  The majority of the book deals with tongues (7 of 10 chapters).  He proposes 13 propositions regarding tongues.  This is the most helpful part of the book in my estimation.  He then has a chapter on the Holy Spirt, which I personally found a little confusing, though he has a very helpful chart on p. 166 explaining his view of the ministry of the Holy Spirit;  a chapter on healing, which is rather brief; and a chapter on New Age Christianity, which seems totally disconnected to the rest of the book.  This book seems to be a dissertation on tongues with a few extra chapters added in order to make it a book on Charismatic issues – in my opinion he should have stopped at chapter 7.  On the whole it is a helpful book, but he does not interact with any Charismatic writers.  He often makes statements like “many Charismatics believe . . .” without footnoting even one example.  The book is important because the practice of tongues is the one thing that all Charismatic groups have in common.